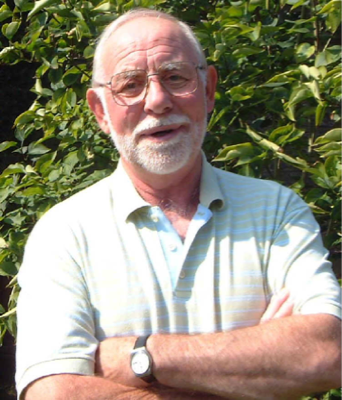 Our contributor Ken Dykes sadly died on 26 May 2015 after a long battle with recurrent ill health.

Ken had 40 years' experience as a journalist. He started his career at the Basingstoke Gazette, first as a trainee reporter, then progressing through the posts of chief reporter, assistant advertising manager, news editor and deputy editor. He later became editor of the Andover Advertiser.

Following his retirement in 1996, Ken continued his passion for writing. He was a keen ornithologist and naturalist, and wrote articles about wildlife for a range of UK magazines.

He also wrote two books. Country Capers is a humourous account of a childhood spent in the English countryside during and after the Second World War – when food was scarce and foraging was an important way of life. Joby’s War is a novel telling the story of an English farm worker who finds in love in France.

Ken loved all things countryside. He was a frequent visitor to France, and spoke French fluently. He was particularly fond of the Dordogne, where he spent many summers and became familiar with the region’s customs, landscapes and wildlife.

Ken continued to write throughout his ill health, including several articles for Green Adventures. His features about red squirrels and foraging in France were published shortly after the magazine’s launch in March 2015. Two more of Ken’s articles will be published later this year.

Ken will be remembered for his humour, generosity and positive approach to life. To celebrate and perpetuate Ken’s love of nature, a memorial grove in the Caledonian Forest in the Scottish Highlands has been set up with the award-winning conservation charity Trees for Life. Trees can be added to the grove via www.treesforlife.org.uk/plant-trees/grove/6930.

Left: Robin on a bird bath. Photograph by Ken Dykes.